The motor system is the components of the central and peripheral nervous system responsible for coordinating motor functions, i.e. movement.

The descending tracts are the pathways by which motor signals are sent from the brain to lower motor neurones. The lower motor neurones then directly innervate muscles to produce movement. The motor tracts can be functionally divided into two major groups: pyramidal and extrapyramidal tracts.

Reflexes are commonly tested as part of an examination of the motor components of the nervous system. A reflex is defined as an involuntary, unlearned, repeatable, automatic reaction to a specific stimulus which does not require input from the brain. The muscle stretch reflex is the most basic reflex pathway in the body and as such, understanding this allows understanding of more complex reflexes.

We will then consider the two broad groups of motor neurons that are found within the nervous system.

An upper motor neuron (UMN) is a term used to describe what is damaged when a patient displays a variety of neurological signs. These signs are known collectively as a UMN syndrome. The general definition of an UMN is a neuron whose cell body originates in the cerebral cortex or brainstem and terminates within the brainstem or spinal cord. Therefore neurons which give rise to the various descending motor tracts are all UMNs. In addition, neurons which input to the nuclei of the extrapyramidal tracts (such as the rubrospinal tract) are also UMNs. 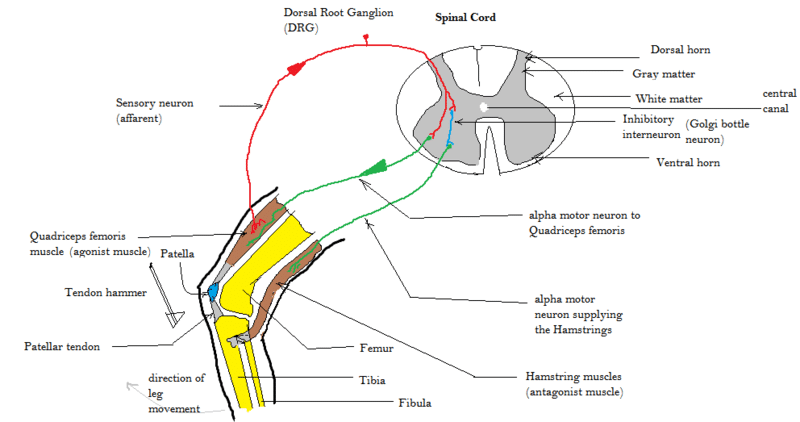