The nephron is the functional unit of the kidney, it is comprised of the renal corpsucle (glomerulus and surrounding Bowman’s capsule) and renal tubule.

The renal tubule can be divided into components, beginning with the proximal convoluted tubule. In this section the majority of the water, potassium, chloride and sodium that was filitered are reabsorped, as well as all of the glucose and amino acids.

The distal convoluted tubule (DCT) and collecting duct (CD) are the final two segments of the kidney nephron. They have an important role in the absorption of many ions, and in water reabsorption. The distal convoluted tubule can be subdivided into two distinct regions, the early and late sections. The collecting duct also plays an important role in urea recycling. 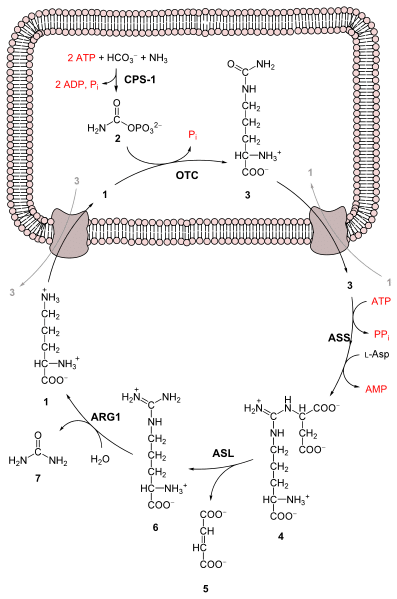 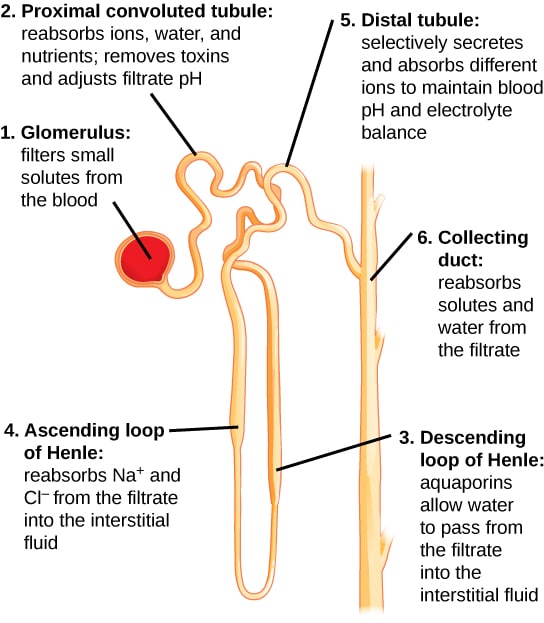 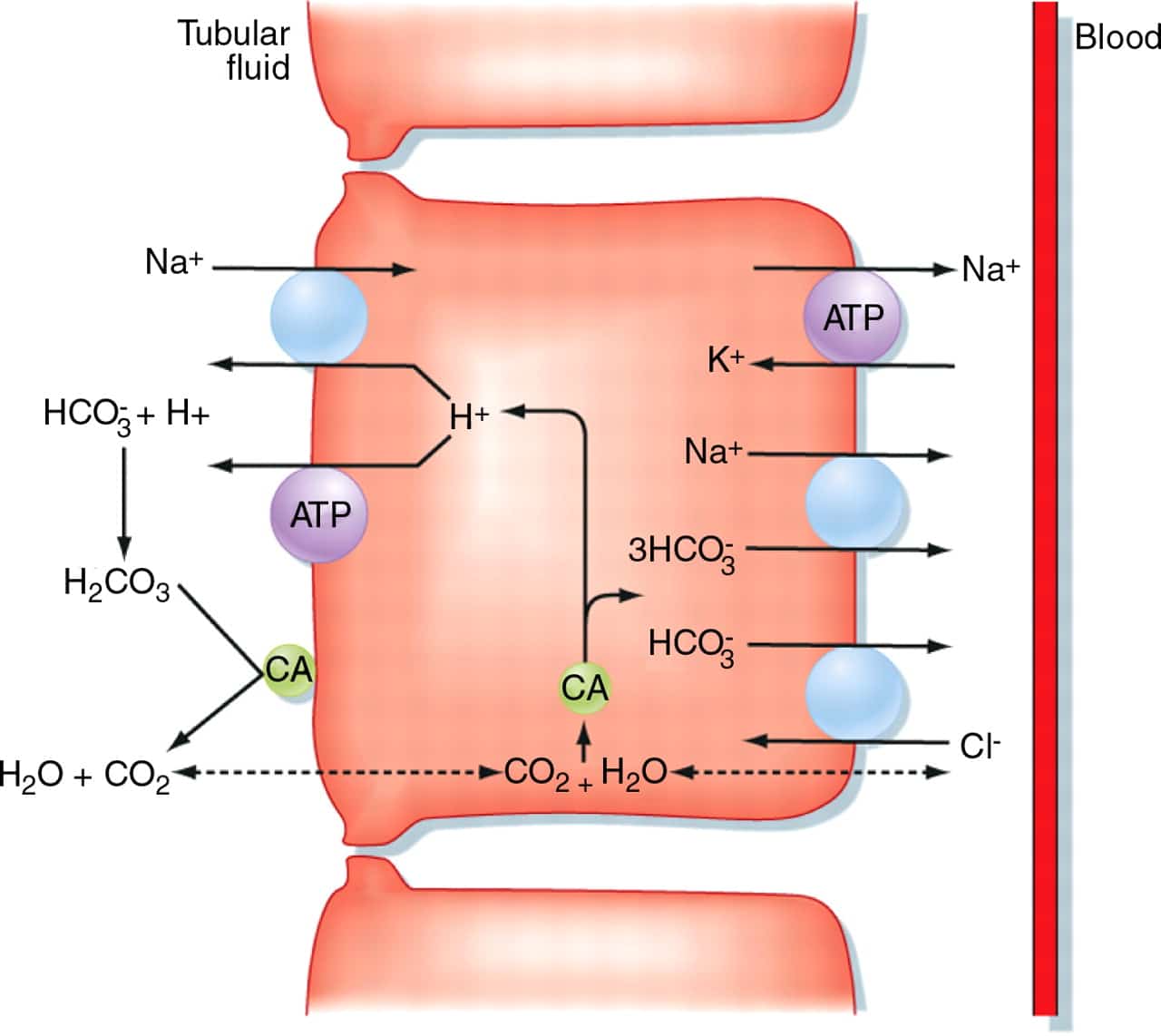 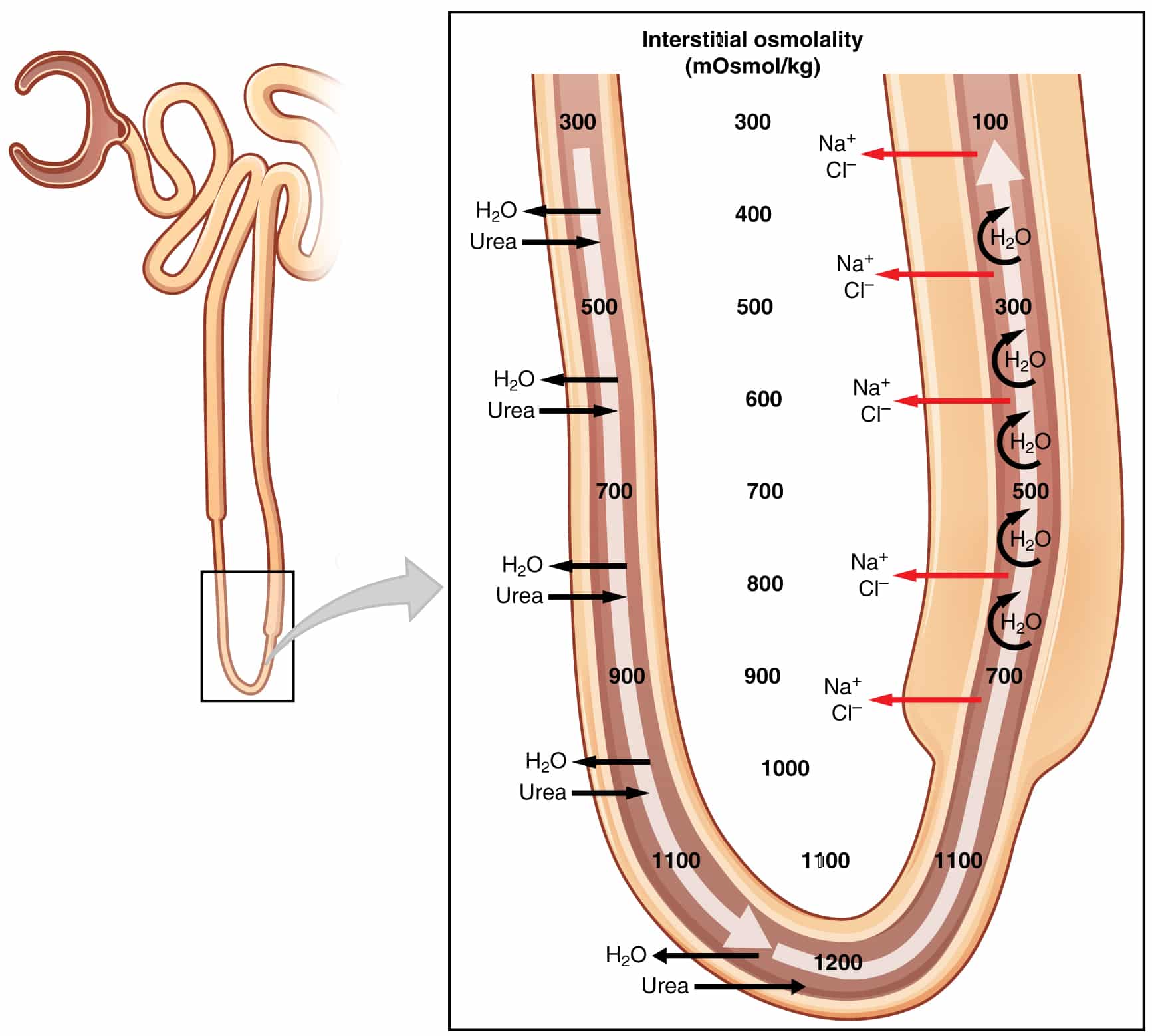