The synapse is the junction between two nerve cells, it is a minute gap across which nervous impulses pass via diffusion of neurotransmitters.

The mode through which a neuron transports electrical signals is known as an action potential. It is defined as “a brief change in the voltage across the membrane due to the flow of certain ions into and out of the neuron”. We shall first consider how the resting membrane potential is establish and the generation of action potentials.

The axons of some neurons are surrounded by a myelin sheath. In those axons surround by myelin there are gaps known as “Nodes of Ranvier” where most of the ion channels are located and which aid in action potential generation and transmission. 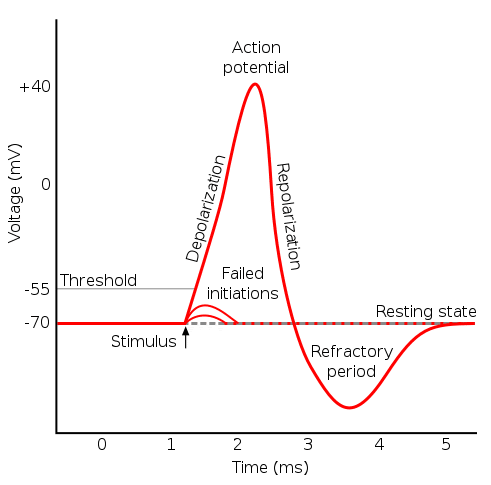 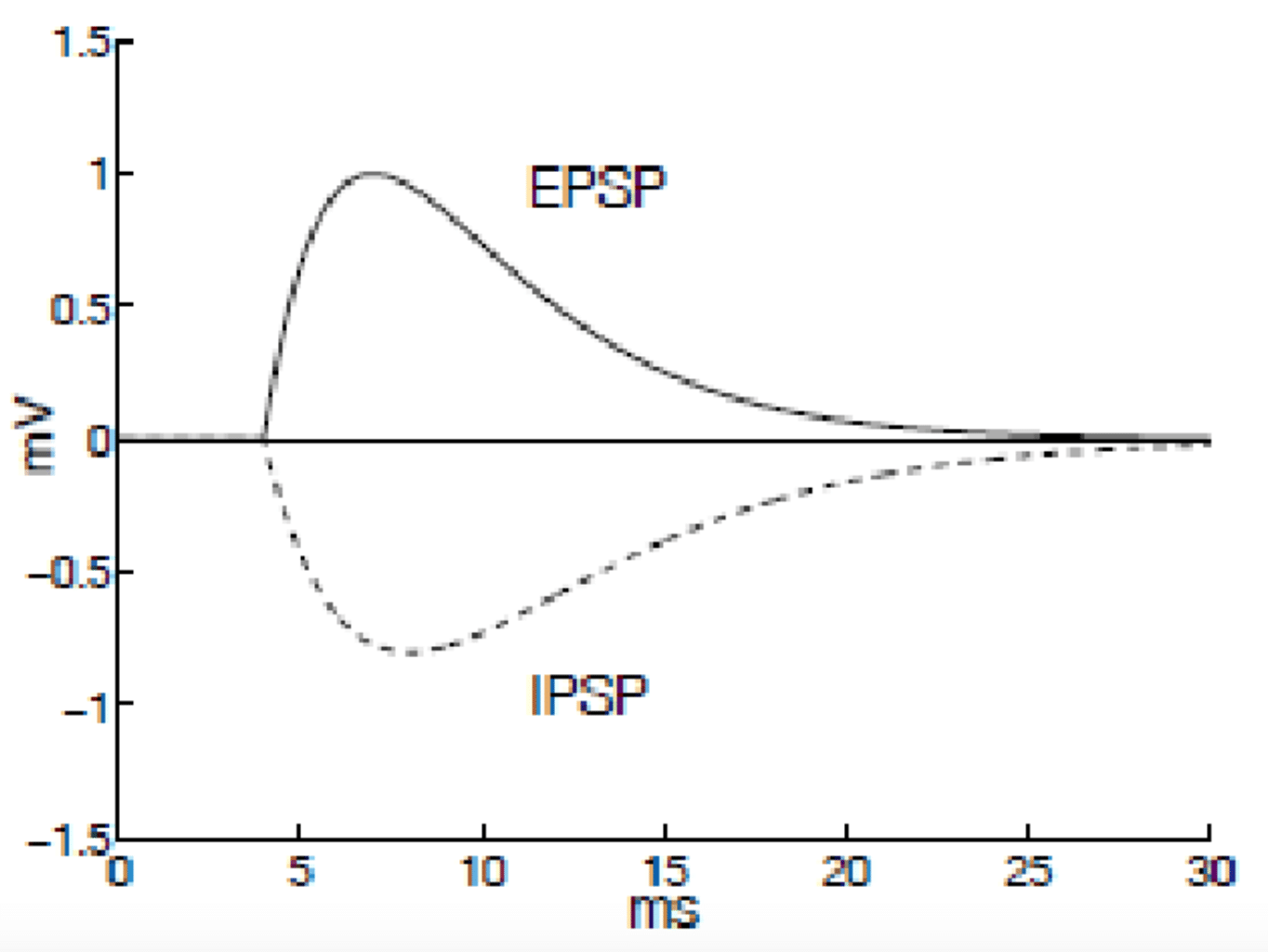 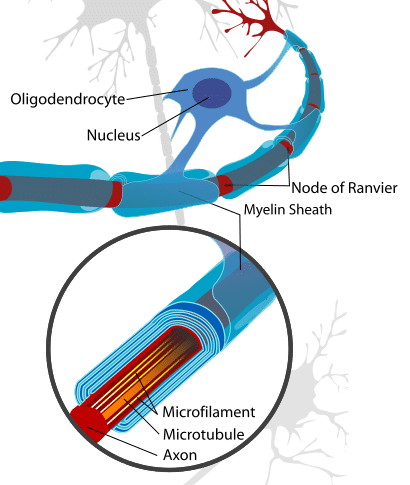 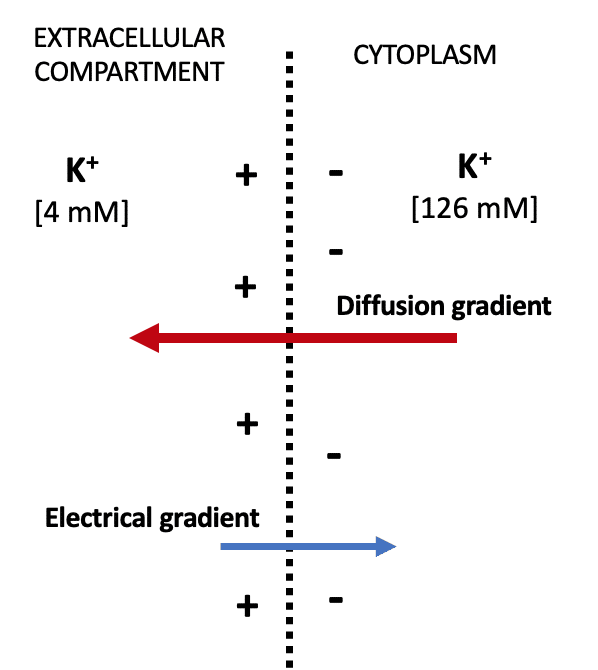 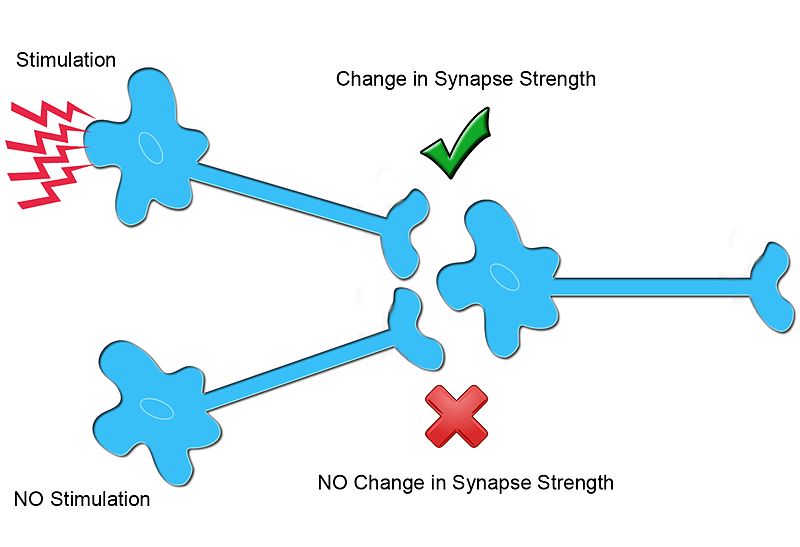 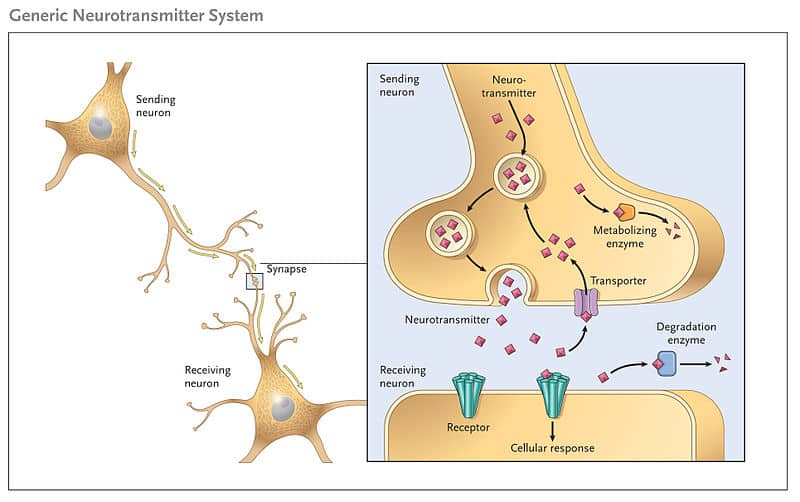