The innate immune system is the body’s first line of defence against infection. It is nonspecific and so reacts the same way to anything that the body identifies as foreign or non-self.

In order to establish themselves in the body, pathogens must gain entry by penetrating the first line of defence. These are the physical, physiological, chemical and biological barriers that make up the innate immune response.

After a pathogen has entered the body, it is vital for cells of the immune system to identify the pathogen as foreign and destroy it. In the innate immune system, this involves interaction between Pathogen Associated Molecular Patterns (PAMPs) and Pattern Recognition Receptors (PRRs).

Foreign cells are able to be destroyed via phagocytosis. Phagocytosis is a type of endocytosis whereby a cell engulfs a particle to form an internal compartment called a phagosome. The cell rearranges its membrane to surround the particle that is to be phagocytosed and internalises it. Within the phagosome that then forms the particle can be degraded. In the immune system, it is a major mechanism that the body uses to remove potentially pathogenic material.

We will then consider the role of complement and cytokines in the body.

The complement system, also known as the complement cascade, forms a part of the innate immune system. Complement components are generally made in the liver and circulate in their inactive form until they are needed. The overall aim of the complement system is to support other parts of the immune response by opsonising pathogens and triggering inflammation.Cytokines (literally “cell movement”) are a group of small proteins used in cell signalling. They are produced by a wide range of cells, such as macrophages, lymphocytes, mast cells, endothelial cells and fibroblasts and they are responsible for producing some of the cardinal signs of inflammation. 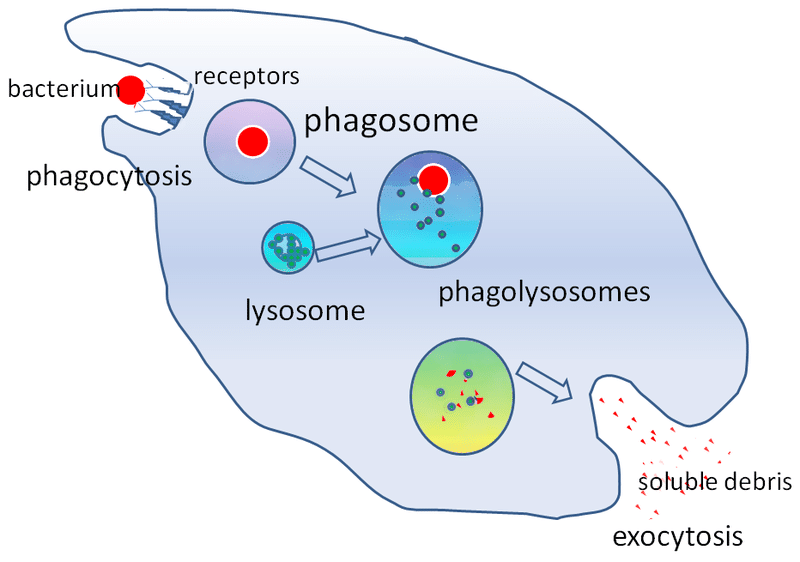