The pituitary gland consists of two lobes – the anterior and posterior pituitary. Differing in embryological origin and histology, these effectively function as two separate endocrine glands. Considered the conductor of the endocrine orchestra, the pituitary gland acts as a higher level of control in endocrine physiology, regulating the function of several other endocrine organs.

The HPA axis is considered the most important of the anterior pituitary axes and so will be considered in its own article.

We will then look at the posterior pituitary gland, which is responsible for the production of antidiuretic hormone and oxytocin. 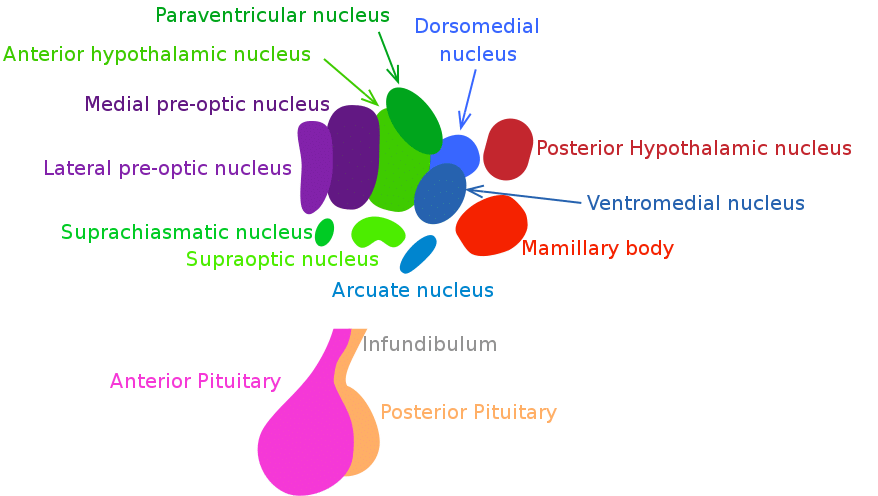